We just passed the half-way mark of the conference and I've learned so much in the last few days. Even being very introverted, I have also bee able to meet lots of new people and enjoy some of the social aspects of the conference.

Here are my notes and thoughts from my experiences on Tuesday and Wednesday (days 2 and 3):

KEYNOTE: Async, Python, and the Future

Andrew Godwin, a Django Core developer, gave a keynote on the current state of async development in the Python world. He really dove into some of the tradeoffs with designing for async development and how they are doing that specifically in Django.

Here are a few takeaways from his talk:

There are also a few alternatives to writing async code that can work in some cases; in some cases you might also not want to use async at all.

These are the best use cases for async code:

Having worked with new developers and in teaching programming for years now, I know quite a bit about the tech pipeline, but I still got learned some new things from this talk by Linda Calvin. It is always good to see things from a new perspective as well!

Here are some notes:

Michael Kennedy, the founder of Talk Python to Me, gave the opening keynote on the second day of the conference. This was probably my favorite talk of the conference so far. He really dug under the hood of how Python stores information and the depth of the talk makes it a little hard for me to write about here, so I also recommend you check out a video of a previous talk he gave on this subject here.

He goes over references, garbage collection, memory, and a few other things.

This talk also included my favorite quote of the conference so far: "Comments are deodorant for code smells." 🤣

Static Sites With Sphinx and Markdown

This talk by Paul Everitt was interesting and engaging, but I don't have much to say about it since I can't see myself using Sphinx for a project right now. I currently use VuePress or Gridsome when I need to write a static site with markdown and I am very happy with those solutions. That being said, I was impressed with the features of Sphinx as I never realized that there was such a good Python-based solution for documentation and knowledge-base solutions. I will definitely keep it in mind for those use cases in the future.

Adam Hopkins gave a great talk on the Python framework Sanic. This was honestly the first time I had heard of the framework so it was interesting to attend Adam's talk and compare it to frameworks like Flask, Django, and FastAPI that I have used in the past.

Here is the abstract for the talk which is a pretty good outline of what was covered:

From what I saw, and from getting to chat for a bit with Adam after the talk, it seems like an async alternative to using Flask that is a little bit more modern, but also still lightweight and mostly unopinionated. I definitely want to try to build something with Sanic to compare it with FastAPI, another async Python framework.

There were a few talks that were either about Plone development or used Plone in code examples. I learned enough during the talks to want to try it out for myself so I started playing around with it between talks and in the after conference hours. The only other CMS I have used in Python so far is Wagtail and I can say that Plone is definitely more robust for a lot of use cases.

I definitely want to make some Plone content in the future :)

There have been quite a few after hour events at the conference so far. I am a little shy so I have been mostly just snooping on these and listening in, but have still benefited from semi-socializing :)

My favorite event was the Python Quiz Bowl they had with a panel of the speaker. I learned quite a few new things including the lack of ability to verify the authenticity of (most) packages on PyPi. It was a really fun experience and maybe I can participate in one of these in the future.

Another fun couple of days at the conference :)

I will post another update at the end of the week. 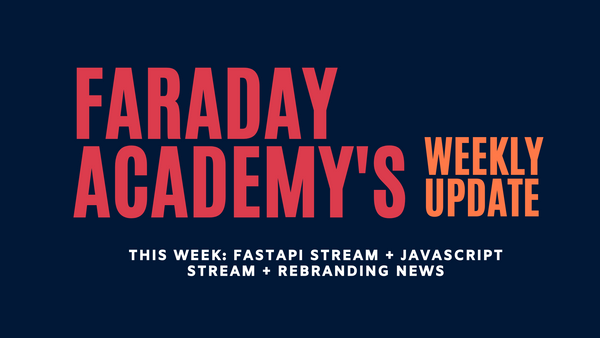 Hey, guys! How's it going? In celebration of the last days of Women's History Month, here are some awesome programmers that changed history: Ada Lovelace was the first computer programmer.

I am attending my first conference - Python Web Conference 2021 - since the start of the pandemic right now and I'm so excited! It's a fully remote conference that